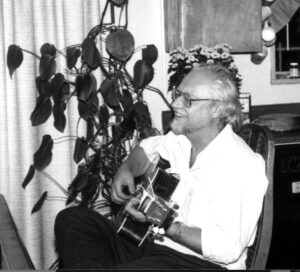 This song was quite popular in Ireland in 1808, and known in America as well. Thomas Jefferson probably played it on his fiddle. Although not attributed in the sheet music I found, other sources say it was written by Edward “Pleasant Ned” Lysaught, a lawyer and wit. Some said his name would remain famous forever if for nothing else but this song. It remained well known for a hundred years (other words were written to be sung to “the tune of” it, including a WWI song) but it faded away as wax recordings became fashionable. As far as I can tell, I’m the only person in the world who has ever recorded it or who sings it today. It was the first song I learned from this time period and remains my favorite. I’ve added a pdf file with the words and my chords below.